Writing a research proposal might be even more challenging than conducting research itself, as it requires following the variety of rules, the specific consequences of steps and an enormous amount of time for the preliminary research you have to do before you draft a proposal. Try concentrating on the basic concepts and avoid going with the flow. Make the plan and follow it meticulously. If you feel confused about from where to start, we are happy to provide you with our vision and some useful rules on research proposal writing. It is necessary to “from the general to the particular” principle. 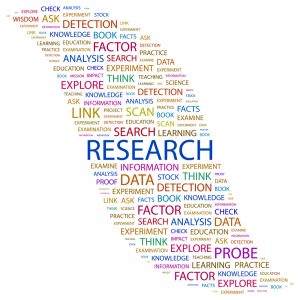 The Basic Terms You Need to Know and Employ

Object and Subject. The object of the study is a system, process or phenomenon in which there is a problem. The subject of research is an element of the object (a separate part or a characteristic), the bearer of the features of the object. The solution of the problem is possible when studying the results of an impact on a subject as a part of the object.

Goal and Hypothesis. For scientific research, the goal may be experimental confirmation of new facts, data about the object, phenomenon, process, the new interpretation of known data, systematization of existing representations, new methods or approaches to research. The most important thing is the elements of new knowledge – they are the goal of any scientific work. To formulate a goal, the following formula can be used: the result of the study + the object of the study + the path to the result. At the stage of goal-setting, it is possible to put forward a hypothesis – a supposed solution to the problem. posed. A hypothesis should be checked by existing methods and contain the scientifically available concepts.

Novelty and Topicality. The topicality (relevance, actuality) of the topic is the degree of its importance in modern science (in a separate field). Scientific novelty is the difference of work from other similar studies, the difference of results from the results obtained by other researchers.

Literature Review. Analytical review of the literature, the purpose of which is to study and evaluate the existing state of the scientific problem. It is important not only to list the results of the most authoritative studies but also to give their critical analysis (to argue agreement or disagreement with the viewpoint of the researcher).

Theoretical research. It is most often based on methods of:

The author gives theoretical positions, then analyzes them and draws conclusions.

Experimental part. The research paper which contains the experiment should be based on both theoretical and practical methods of research — measurement, observation, experiment, etc.

4 Pitfalls of Research Proposal Writing and How to Avoid Them

If you feel like the task is too big and feel reluctant even to start, divide the assignment into the smallest pieces possible and don;t look too much into the general plan. It will be easier for you to concentrate on small tasks, as the pressure will be decreased. No matter which style, which writing and planning way you use, we wish you patience and luck! If you feel completely stuck, we are here to help you out, be it the entire research proposal or only one part of it.